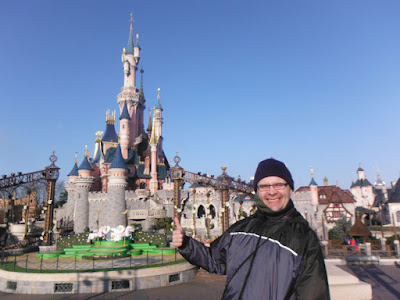 Day two in the Disney Paris parks and we once again decided to take advantage of extra magic hours.  This time we didn't have a particular plan on which attraction we wanted to ride, unlike day one where we knew we wanted to ride Peter Pan's flight.  We had a few ideas about the rides that were extremely popular, but we figured we could just wing it.  Our lack of plan turned out to be a bad idea. 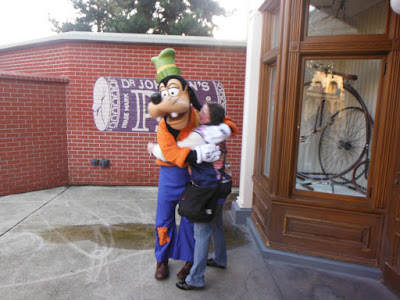 Our second day of extra magic hours started out great, in fact one of the highlights of the trip happened on in the first few minutes of our second day.  We started our day venturing up Main Street USA in Disneyland.  Our plan was to head towards Fantasy Land and figure out where we wanted to go from there.  On our way up Main Street we noticed something going on in a tucked away corner, there were a few people that appeared to be hanging out.  We stopped for a second to see what they were up to, and as it turns out they were there to see Goofy.  There was almost no line at all, and within minutes we were hanging out with our favorite character.

After hanging out with Goofy our morning slowed down considerably.  We had a reservation to have breakfast in Fantasy Land.  We were pretty excited about this since our hotel breakfasts were OK but nothing spectacular. We figured a breakfast in the park must be awesome, but we couldn't have been more wrong.  There was nothing additional to our breakfast in Fantasy Land, No characters to greet us, no fun new foods to try, nothing new at all.  In fact the breakfast selection was actually less than what the hotel provided.  The only thing this breakfast provided was incentive to get out of bed early, but after eating there that morning, the incentive was gone.

We had grand plans of checking out all of the lands and all of the hard to get on rides during our Extra Magic Hours, but unfortunately the only land that was open was Fantasy Land, and many of the rides in Fantasy Land were closed.  So other than a few dark rides everything stayed closed during the Extra Magic hours, a complete waste of time. We decided to take this time to just wander around around and explore what we could.  As soon as the gates to the closed areas opened we were off to enjoy our day of adventure. 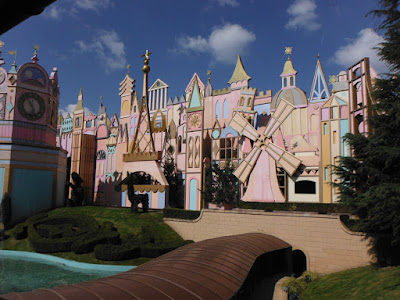 We did all of the classic rides including Pirates of the Caribbean, It's a Small World, and Alice's Curious Labyrinth.  We also spent a great deal of time exploring Adventure Island where we found all kinds of fun bridges and caves to explore.  Allison rode on the Indiana Jones roller coaster, and was fairly disappointed. 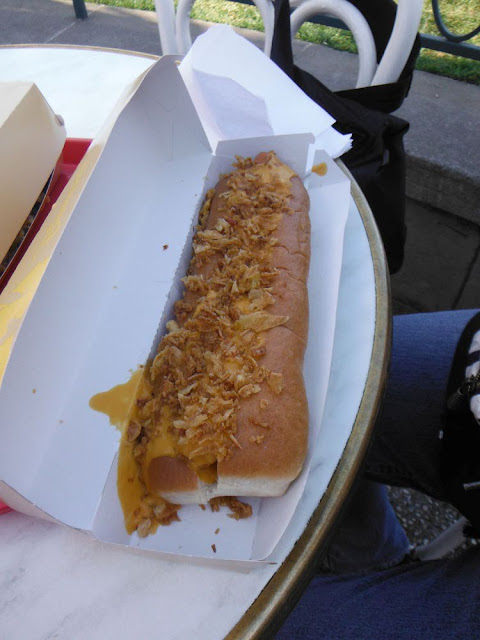 Our lunch was both extremely disappointing and wonderful all at the same time.  We went to Casey's Corner where they sell giant hot dogs with insane toppings.  The quality of these hot dogs was kind of questionable, but the craziness and quantity of toppings was superb.  We went with a foot long hot dog covered in cheese and crunchy onions.  It was wonderfully insane. 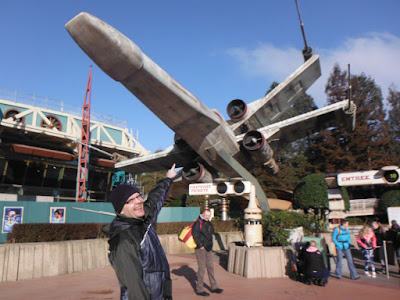 We enjoyed a few more attractions during the afternoon, and then we headed to the Disney village for a meal at what would turn out to be the culinary highlight of our trip.  This time it was an all you can eat Tex-Mex buffet at La Grange at Billy Bob's.  I'm sure many people wouldn't be impressed by simple Tex-Mex, but since Allison and I haven't been living in a western country for a while, it was just what we needed.  The food was nice and fresh, the variety was insane, and best of all they have a section for adults.  It was a little crazy in the rest of the restaurant, but in the adult section it was a little nicer.  After filling our stomachs, we headed back to Disneyland to enjoy a bit of the nightlife.

The evening in the park was probably our favorite time.  We spent most of the evening exploring Frontierland.  When we first arrived it looked as though many of the attractions were closed due to lack of people around, but we couldn't be more wrong.  We started out with a ride on Thunder Mountain, which we had to wait for a little while, but it was great themeing all throughout the lineup.  After Thunder Mountain we wandered towards the Haunted Manor.

This was the part of Frontierland we thought was completely closed because no one was in sight at all.  There was no one in line for the Haunted Manor, so we were convinced it was closed.  We decided that we would check out the area around the Haunted Manor to check out the graveyards and creepy grounds surrounding the mansion. The grounds around the Haunted Manor were completely empty, and this added such a creepy feel.  It was dark and scary, and I had many a shiver down my spine.  As we walked back up towards the exit of the graveyard we noticed a few cast members hanging out around the entrance to the Haunted Manor.  We asked them if it was in fact open, and they said yes.  We made our way up the path to the attraction completely on our own.  Eventually a few other people showed up, but there was no more than 10 people on the ride the same time as us.  It was magical. 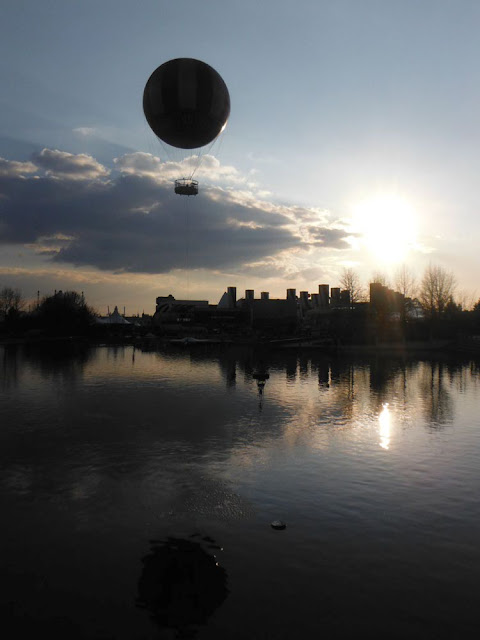 After our creepy adventure we decided that this would be the end of our day, and while watching the fireworks over the castle we headed back to the hotel.
Posted by Chris Stewart at 9:00 AM